Luka Giving Kids some Smiles before Season Tips Off

Published by hustleandpro on October 20, 2021

I don’t know about you, but I’m always happy to see our sports superstars spending time in the community using their name to put smiles on people’s faces. Here’s a story of Luka spreading some love to children. In a time when you can’t stop in for a surprise visit at the hospital, you have to get creative on what will spark joy in the absence of an in-person visit. I think Luka got it right with his swag bag and note.

Dallas Mavericks guard Luka Dončić couldn’t be more excited as he gears up for the Dallas Mavericks season opener on Oct. 21, but that doesn’t mean he has forgotten those less fortunate. Now entering his fourth NBA season, the NBA All Star and two-time All-NBA First Team player is committed to continue giving back to the place he calls his “Texas home.”

Luka recently came up with an idea to surprise patients who are admitted at Children’s Health in Dallas and Plano with special gifts to help uplift their spirits.

To protect the health and safety of the patients receiving care at Children’s Health, Luka arranged for Children’s Health team members to hand-deliver a bag of surprises to 80 patients yesterday. Each patient admitted in the Pauline Allen Gill Center for Cancer and Blood Disorders at Children’s Health received a pair of Jordan sneakers; Jordan drawstring bag, hoodie and socks; a letter from Luka; and a signed photo.

“I really wish I could have been there to meet and talk to the kids but hopefully this surprise brought a smile to their faces and encourages them to stay strong,” said Luka. “I just want all the kids and parents to know I’m thinking of them!”

Additionally, individual pizzas – with the number 77 written in pepperoni – were given to each patient and their family. (Pizzas were customized to meet each child’s preferences and dietary specifications.) Pizzas also were provided to the nursing and other staff members working the floors and helping with the deliveries. To top it off, dessert included a heart-shaped, “77”-adorned frosted cookie.

“Luka’s generous donation to Children’s Health for the patients at our Pauline Allen Gill Center for Cancer and Blood Disorders was fantastic,” said Brent Christopher, president of Children’s Medical Center Foundation. “These patients at both our Dallas and Plano campuses are fighting hard against their diseases and often have lengthy stays in the hospital. That means missing out on many everyday pleasures of just being a kid. Receiving these items from Luka brought huge smiles to our patients’ faces.”

This year has been big for the NBA superstar. In addition to launching the Luka Dončić Foundation devoted to helping children, the Mavericks named him winner of its 2021 Off-Season Community Spotlight Award. He was also nominated for the NBA Care’s Off-season Community Assist Award – one of the highest off-court honors an NBA player can receive – for his “tremendous work in the community and ability to unite a global audience through the game of basketball.”

This summer Luka’s star shone brightly when he represented his home country, Slovenia, in its historic first appearance at the Summer Olympic Games held this year in Tokyo. After dramatically leading his team to the semifinals, Luka returned to Slovenia to refurbish two basketball courts that he played on growing up in Ljubljana. The beautiful new courts – featuring artwork designed by Luka – include seating and lights, and were part of a partnership with the 2K Foundations (resulting from Luka’s appearance on the cover of the NBA 2K22 video game).

During the historic winter snowstorm in February, Luka made several donations to help Texans get through the tough times. He also supplied Air Jordan 1 shoes and Mavericks swag to healthcare workers who administered vaccinations during the coronavirus pandemic. He’s also developed a reputation for his kindness to children attending the games and his willing participation in team and NBA meet and greets. 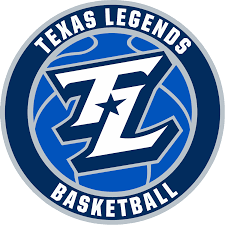 The Texas Legends have announced the 50-game schedule for the 2022-23 season.  The franchise’s 12th season opens with the team on the road for a back-to-back in Austin.  The Legends then host the Birmingham Squadron in Read more… 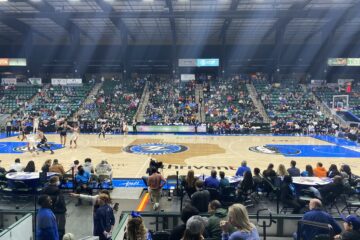 Why it’s important the Legends are back

Last week I felt the vibes of what the Texas Legends give to the Frisco community. Mid-week was the Owner’s Club networking Legendary Lunch. We met new people, connected with business partners, had a bite Read more…